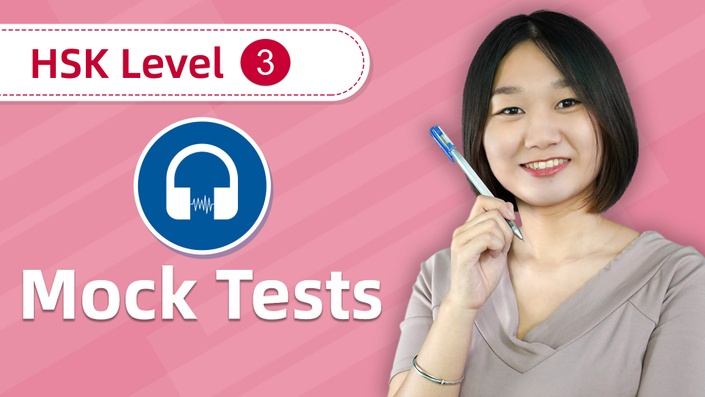 The coupon code you entered is expired or invalid, but the course is still available!

The HSK (Level III) assesses test takers’ abilities in the application of everyday Chinese(Mandarin). It is the counterpart of the Level III of the Chinese Language Proficiency Scales for Speakers of Other Languages and the B1 Level of the Common European Framework of Reference (CEF). Test takers who are able to pass the HSK (Level III) can communicate in Chinese at a basic level in their daily, academic and professional lives. They can manage most communication in Chinese when traveling in China.

About Our Mock Tests

Our mock tests are based on real HSK 3 tests and cover all HSK 3 vocabulary and grammar. These tests can help HSK 3 takers practice and take HSK tests in real conditions, as well as help self-learners to objectively evaluate their level of Chinese. 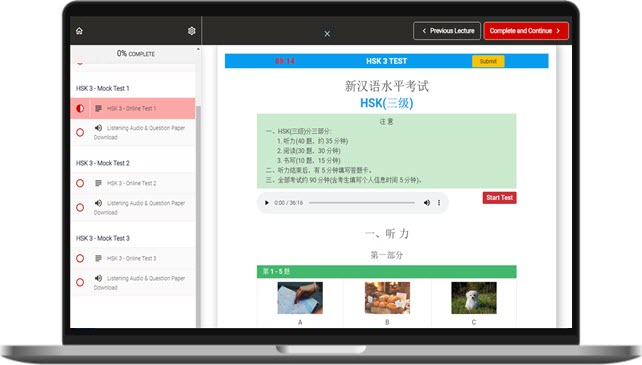 There are 10 items in Part I. The recording of each item will be played twice. For each item, a dialogue and several pictures will be provided. The test takers should select corresponding pictures based on what they hear.

There are 10 items in Part II. The recording of each item will be played twice. For each short passage will be read out, followed by an assertion, which also appears on the paper. The test takers should decide whether the assertion made is true or false.

There are 10 items in Part III. The recording of each item will be played twice. Each item consists of a dialogue between two persons with a third person asking a question related to the content. There will be three possible answers on the test paper from which the test takers can select the best answer based on the passage.

There are 10 items in Part IV. The recording of each item will be played twice. Each item consists of a 4-5 sentence dialogue between two persons with a third person will asking a question at the end of the passage. There will be three possible answers on the test paper from which the test takers can select the best answer based on what they hear in the passage.

There are 10 items in Part I. In the section, 20 sentences will be provided and the test taker will be asked to correlate them.

There are 10 items in Part II. For each item, one or two sentences will be provided in which one word/phrase is missing. The test taker should select one of the words in the answer section to fill in the blank.

There are 10 items in Part III. This part consists of 10 short passages, each followed by a question. The test taker should choose the best answer from the 3 choices provided.

There are 5 items in Part I. Each item lists several words. The test taker should construct a sentence using the words provided.

There are 5 items in Part II. Each item provides a sentence with several blanks. The test taker should fill in the blanks with the appropriate characters.

All the items on the test paper are shown without pinyin. 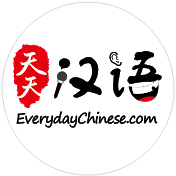 Do I need books to study this Course?
Absolutely not! All the lessons in this course are designed by the EverydayChinese team. Once you enroll in the course, we will offer you the lecture video, mp3, transcript, notes, quiz and pdf. Therefore, you don’t need to get extra books.
Does this course cover all HSK 3 requirements?
Our course can be used to prepare for the test of HSK Level 3 as it covers almost all the vocabulary and grammar points of the test of HSK Level 3.
How long do I have access to the course?
How does lifetime access sound? After enrolling, you have unlimited access to this course for as long as you like - across any and all devices you own.
off original price!

The coupon code you entered is expired or invalid, but the course is still available!